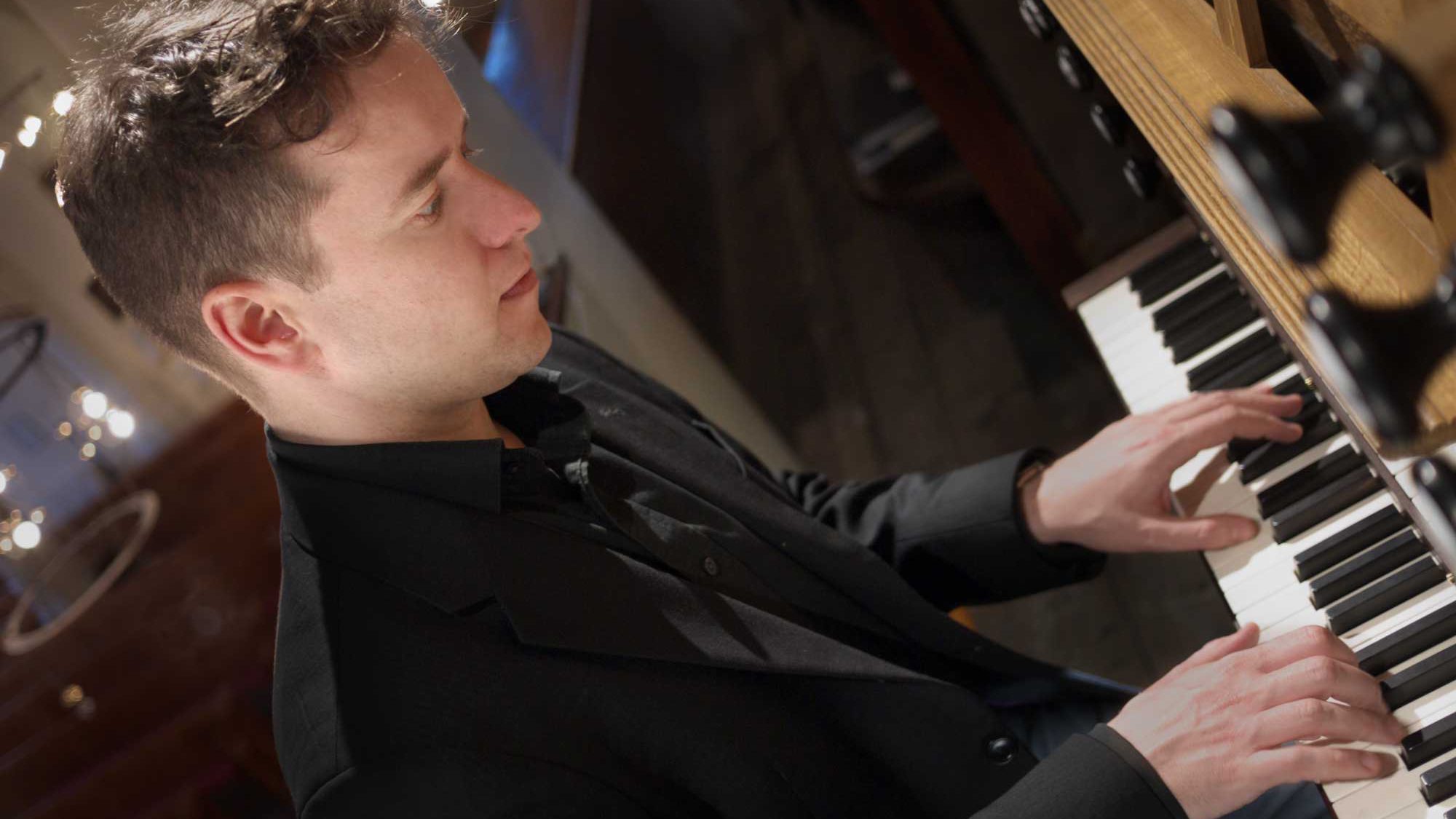 Daniel Moult’s innovative approach to the promotion of organ music has seen him present and perform in a range of films, of which the most recent is The English Organ. This is the largest film project ever made about the instrument, with a crowdfunded budget of £200,000. The project provides a detailed history of English organ-building, and Daniel performs twelve hours of music from Tudor times to the present, spanning 500 years of repertoire and filmed in 33 locations in the UK, USA, Australia and New Zealand. “Simply put, this is one of the most important organ recordings of all time” (Fanfare). He is “an ideal advocate for the English organ … Every one of his performances here is highly recommendable” (Gramophone).

Previous film work includes Virtuoso! Music for Organ, a film featuring some of the most demanding organ repertoire of the twentieth-century, and The Elusive English Organ, a journey through English organ music from Byrd to Wesley. He has also made several CDs, including the first solo recording of the newly-restored organ of Arundel Cathedral, and one of Handel’s organ concerti with the London Early Opera Orchestra for the Signum Classics release Handel at Vauxhall.

As a soloist, Daniel has performed at major venues and festivals in the UK, Europe, Asia and Australia as well as concerti appearances in various countries. Born in Manchester and now based in London, Daniel studied at Oxford University and the Amsterdam Conservatorium. He is Head of Organ at the Royal Birmingham Conservatoire, where he directs the highly-acclaimed organ department and has spearheaded the commissioning of three significant new organs. He teaches and leads masterclasses, workshops and courses around the world. Daniel has published several editions, including the Easy Bach and the Easy Handel albums for Bärenreiter. He broadcasts frequently on BBC television and radio and has recorded for various record labels including Sony BMG, Signum, Regent, and Fugue State Films.